BREAKING NEWS
11 recovered and discharged from COVID-19 in Lagos
Coronavirus: This is the best time to get it right on special status for Lagos – Rep member
GALADIMAN OF PATIGI, TOP NHS DOCTOR & NIGERIAN IN DIASPORA LOSES LIFE FROM CORONA VIRUS
Nigerian community and NHS loses Top Medical Doctor to Corona Virus – DDO
ESPN and Netflix Set New April 19 Premiere Date for Highly Anticipated Documentary Series
Why Africa Urgently Needs an Ubuntu Plan (By Dr Victor Oladokun)
MePlaylistTM “a 100% African Start-Up for Music Streaming and Promotion” attracts Investment from Mathew Knowles and other Global Investors
Equatorial Guinea shortlists companies for Key Energy Projects under its Year of Investment
COVID-19: SANWO-OLU SALUTES LAGOSIANS FOR THEIR ENDURANCE
No plan for a curfew in Lagos for now, says Sanwo-Olu 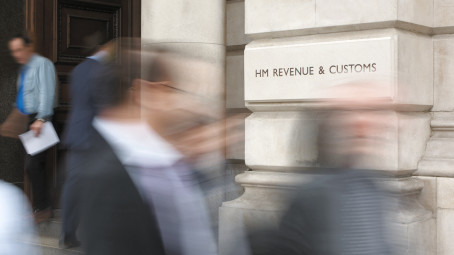 A landmark VAT fraud case has been won by HM Revenue and Customs, protecting as much as £260m of taxpayers’ money.

Legal proceedings in the Fonecomp Ltd case finally concluded after the Supreme Court refused the company permission to appeal. This upholds HMRC’s use of an essential tool in fighting this particular type of VAT fraud.

“This type of VAT fraud is an organised criminal attack on the public purse with the aim of stealing money away from essential public services and defrauding the law-abiding majority.

“This judgment protects a fundamental weapon in the fight against this fraud. Losing this case would have effectively created a fraudster’s charter.”

This case involved a type of Missing Trader Intra-Community (MTIC) fraud, which at its simplest involves a bogus trade between two companies.The first charges VAT but disappears without paying the VAT to HMRC.The second firm then reclaims the VAT.

In reality, MTIC cases are highly complex and can involve multiple trades between many companies in different countries.

The Fonecomp case involved a type of MTIC fraud known as contra-trading.This involves creating an apparently ‘clean’ chain of transactions to hide the fraud, which is in a connected ‘dirty’ transaction chain.

The company had been involved in trading mobile phones and claimed a VAT refund.HMRC refused on the grounds the company should have known its trading was connected with MTIC fraud.

The Court of Appeal upheld previous rulings that HMRC was correct in using the so-called ‘knowledge test’ in contra-trading cases.

The test refers to a European court ruling that a trader who knew, or should have known, they were taking part in a transaction connected with VAT fraud is regarded as a participant and cannot reclaim its VAT.

Tax credits error and fraud reduced to an all-time low