QUALITY EDUCATION: TETFund sets up committee for improvement in Research base studies.

The Tertiary education Trust Fund has inaugurated an expanded TETFUND technical Advisory committee on impact assessment to reflect some of the best practices in Development research and scholarship.

Inaugurating The committee in Abuja, the executive secretary of TETFUND, Suleiman Bogoro said the Fund is determined to maintain their status as one of the most relevant intervention agencies that has become a model in Africa.

He stated that, the impact assessment committee as a contemporary phenomenon for reviewing the path to be able to reveal the strength, weakness, challenges and window of the opportunities to improve the ranking of Nigeria institute.

Bogoro however call on the TACIA committee to identify those areas that has been touched by the fund for further improvement.

Responding on behalf of the committee, Placid Njoku, in his acceptance speech,assure the team to deliver their mandate and work effectively.

Eight term of reference which were given to the committee include, to carry out impact assessment of Tertiary Education Trust Fund intervention from 2011 to 2019,to determine the challenges and observed in the course of implementation existing project intervention lines of the Fund and to submit a report on or before Friday 29 November 2019,among others.

In a statement (https://bit.ly/2ktxzyV) headed “Revive faith in the peace process in South Sudan”, the religious leaders say the South Sudanese leadership have a moral obligation to their citizens to end the violence and ensure continued progress towards peace, stability and justice. 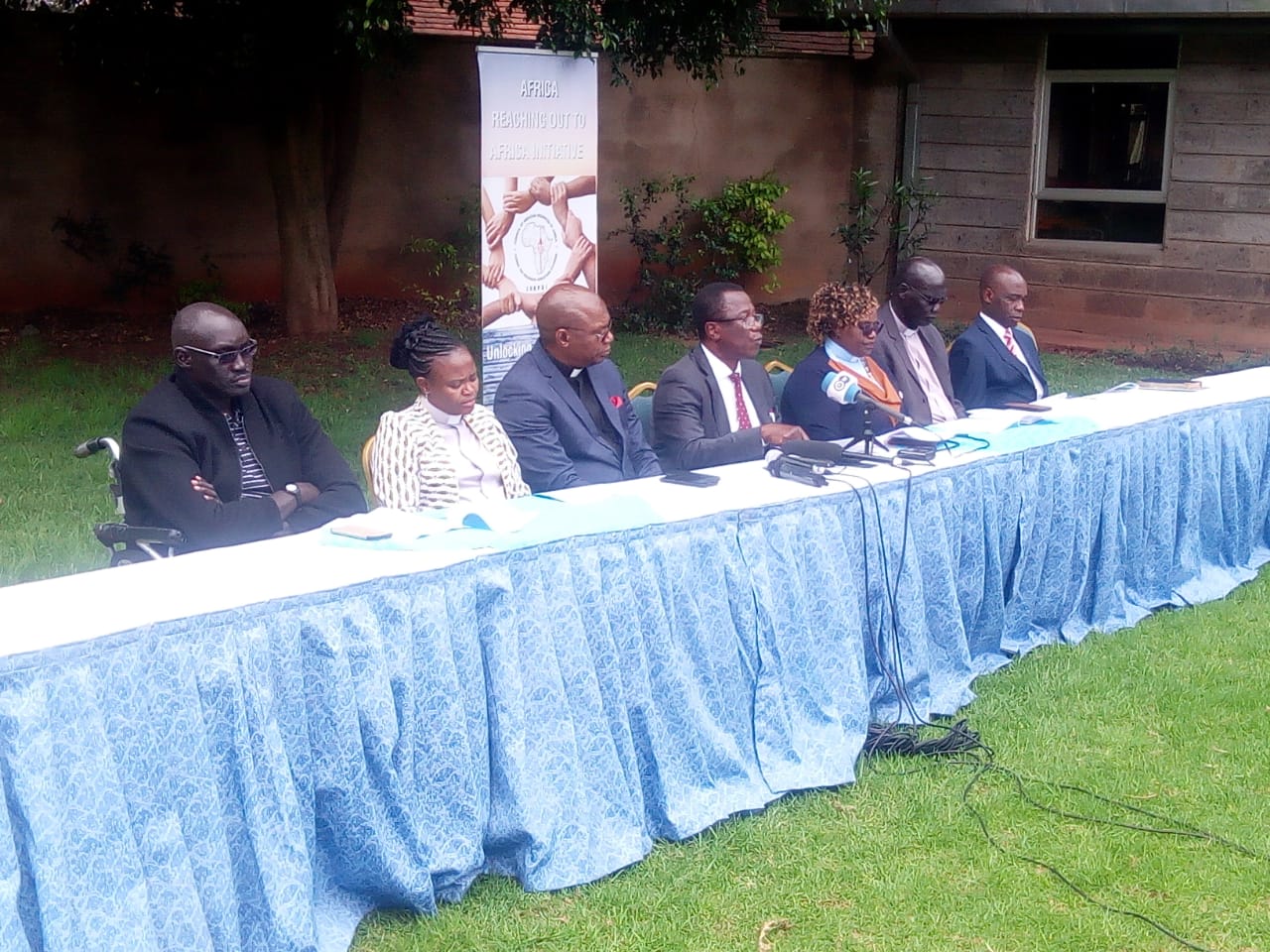 The statement, read during the All African Conference of Churches meeting currently being held in Nairobi, added that East African leaders must encourage the South Sudanese leadership toward a more lasting peace, particularly today, the one-year anniversary of the signing of a peace agreement ending a civil war that has ravaged Africa’s youngest nation since 2013.

“The regional leaders, as South Sudan’s good neighbours, must now speak the truth to the leaders of South Sudan, on behalf of the millions of voiceless South Sudanese men, women and children who bear the brunt of the conflict,” the statement says. 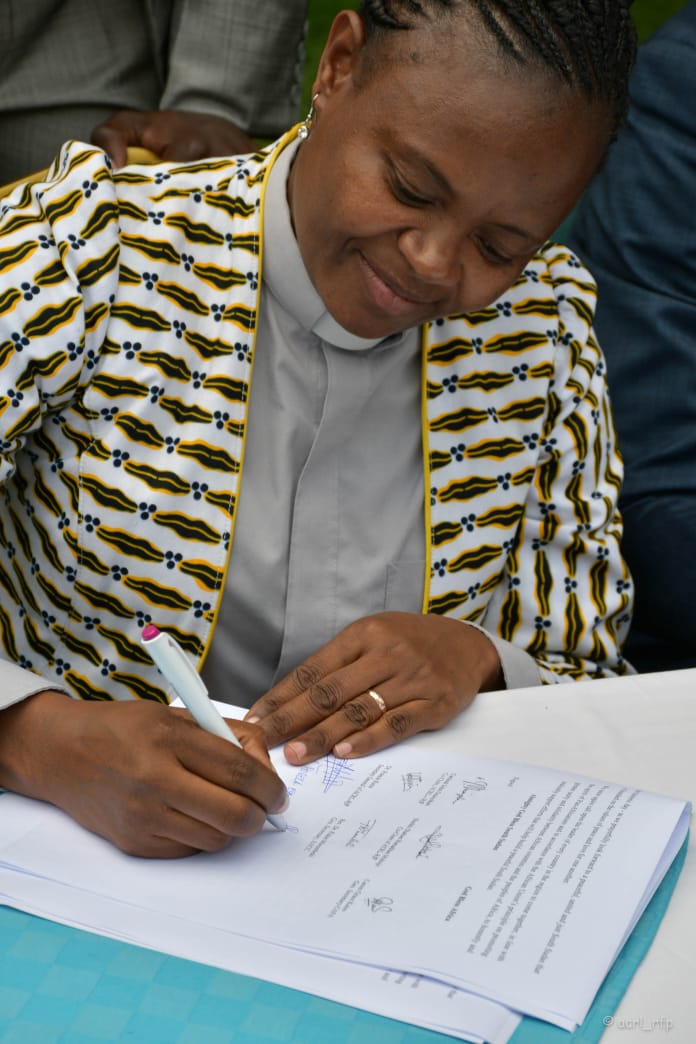 Signatories to the statement include African Council of Religious Leaders – Religions for Peace (ACRL-RP), the Council of Anglican Provinces of Africa (CAPA), the All Africa Conference of Churches (AACC), with support from the Association of Member Episcopal Conferences in East Africa (AMECEA) and the African Forum for Muslim Councils.

The statement appeals to Uganda’s President Yoweri Museveni and Kenya’s President Uhuru Kenyatta as South Sudan’s neighbours, South Africa’s President Cyril Ramaphosa as chair of the AU High-Level Ad-Hoc Committee for South Sudan, and Ethiopia’s Prime Minister Abiy Ahmed as IGAD chair, to urge President Kiir and Dr. Machar to implement the peace agreement in good faith. They also call on the regional leaders to urge President Kiir to urgently release the balance of the USD 100 million pledged in May this year as a demonstration of genuine commitment to the peace process and to advance critical pre-transitional tasks that remain outstanding.

“We the religious leaders of Africa, by the grace of the Almighty God and driven by the teachings of love and peace, and the African principle of Ubuntu which calls on every person to be one another’s keeper, stand in solidarity with our brothers and sisters, the people of South Sudan on this historic day,” the statement reads. “We prayerfully look forward to a peaceful, united and just South Sudan that is founded on the values of peace and love for one another.”

Brentford FC have taken big step forward in reducing our plastic waste by introducing reusable bottles for every member of coaching and playing staff at our Jersey Road Training Ground.

In line with Sky Ocean Rescue and the EFL’s commitment to improving our impact on the environment, we have joined the fight to #PassOnPlastic by stopping the use of plastic water bottles at our training base in Osterley.

The new season saw a raft of new innovations and equipment upgrades, designed to continue a culture of innovation and creativity across all departments at the Club. Among these was a commitment to eradicate single-use plastic from day to day use at the training ground.

Medical Department Staff Member Chris Domoney was tasked with setting up the project and spoke as the new bottles were introduced to everyone on site.

“Co-Director of Football Phil Giles asked me to drive the removal of single-use plastic at Jersey Road and thus began a quite long process of getting an alternative in place,” said Chris.

“Over the course of a single season we estimate we used 20,000 plastic bottles, adding up to 304kg of plastic waste.

“After exhaustive research we have installed three Pure Water stations around the site, which provide filtered and mineral-enhanced chilled water from our regular mains supply.

“The drive towards a plastic-free environment is also being reflected in excellent work being done by Chef Joe O’Neil and the team around the catering department. The environmental and economic benefits are long term, but we are also striving to introduce the project at other Club sites and the new stadium.

“We are indebted to brand leaders Chilly’s for supplying the bottles, as well as Hawker Softeners and Kinetico for suppling and fitting the filtration equipment.”

Mr Nongo further said about 350,000 direct jobs as well as over a million indirect employment opportunities would be created when the seven Economic Free Trade Zones (EFTZs) aacross the country are fully operational with world-class infrastructure and investments.

Mr Nongo, was speaking at an interactive session with journalists in Abuja.

He said that any free trade zone in the country that remained inactive within the next one year would have its licence revoked by the government.

On the 350,000 direct jobs, and over a million indirect employment opportunities, the NEPZA boss explained that lack of funding by previous administrations had constrained the viability of both Kano and Calabar free trade zones.

He said the funds had been used in upgrading facilities in Calabar free trade zone as well as completing Kano free trade zone, which would soon be ready for commercial operations.

He explained that provision of power remained the major obstacle in the operation of both Kano and Calabar zones, adding that about $15 million was required to provide 15 megawatts of power to the duo.

Diji Akinhanmi of OGBC: Life is like a dazzling mirage – Jaw Jaw Africa