Yemen is on the brink of a catastrophic disaster, International Development Secretary Priti Patel warned today, as she urged the international community to follow the UK’s push to stem the country’s cholera outbreak – the worst ever recorded in a single year. 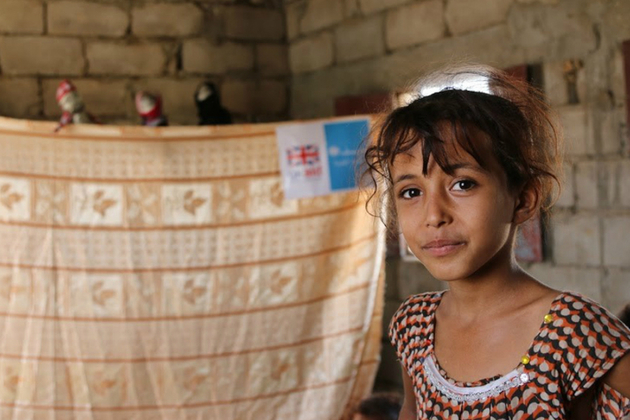 The number of suspected cases of cholera is nearing half a million and the UK is working with organisations including UNICEF and the International Organisation for Migration (IOM) to tackle the disease which has so far claimed thousands of lives.

The UK’s support will provide medical supplies, such as chlorine tablets and hygiene kits, for half a million people and rehabilitate medical facilities to help 250,000 people.

The UK’s efforts will prevent and treat cholera across three of the most affected areas of Yemen: 300,000 people will benefit from access to safe, chlorinated water, helping to prevent the further spread of the disease; while seven health centres and 35 oral rehydration points will treat more than 27,300 cases.

British support will also include the secondment of an international health specialist from IOM to the Emergency Operations Centre in Sana’a to strengthen the response to contain cholera.

“Yemen is on the brink of a catastrophic disaster if the world continues to close its eyes to the urgent help three quarters of people across the country desperately need.

“The response by the international community is the only hope Yemeni people have to survive. UK aid is providing lifesaving food for 1.7 million people, as well as clean water, emergency healthcare and sanitation to contain the cholera outbreak and prevent it from spreading further.

“The international community must follow Britain’s lead and join our efforts and step up support to avert famine and cholera engulfing the country.”

UK aid is already saving lives – our support to UNICEF has provided cholera treatment kits for 60,000 people andoral rehydration salts to treat over a million people, as well as rehabilitating the rural water supply systems in Hajjah and Sa’ada so that 74,000 people can access clean water.

Other partners, including the Yemen Humanitarian Pooled Fund, are also tackling cholera through re-prioritisation of their work within the UK’s existing support. This includes providing medical treatment for vulnerable women and children, training health workers, and establishing oral rehydration centres.

Cholera is a bacterial disease, usually spread through contaminated water, which causes severe diarrhoea and dehydration. The risk of cholera is highest when poverty, war or natural disasters force people to live in crowded conditions without adequate sanitation. Cholera can be fatal in a matter of hours if left untreated, but with medical support can be easily remedied.

Prevention is equally important and the UK is supporting chlorination campaigns in more than half the country’s governorates, as well as public awareness sessions on how the disease is spread.

UK support is also tackling the underlying causes of cholera by helping to provide emergency nutrition, health, water and sanitation to over a million Yemenis.

Hannah Kamara is a singer/songwriter/worship leader who seeks to bring something new and fresh to the Christian music scene with the release of her debut EP ‘My Desire’.

The songs on My Desire chronicle Hannah’s life journey, and gives insight into the joy, pain and challenges she has experienced during her life and how God has sustained her through it all.

Other songs featured on the EP include ‘All the Glory’ a song of praise to God, ‘Found My Voice’, and one song, an r’n’b anthem which reveals Hannah’s rapping skills.

Out now for only a couple of weeks, ‘My ‘Desire’ is already receiving positive reviews; with multiple gospel insiders saying great things about Hannah’s talent such as Muyiwa, founder of Riversongz and Head of Premier gospel “A fresh and prodigious voice for the UK gospel scene…”

Born in Sierra Leone and raised in a Christian family, Hannah regularly attended church in her childhood and teenage years but in spite of being surrounded by a community of faith, she went through many negative experiences which left her with a deep sense of insecurity.

This negativity resulted in Hannah leaving the church to make her own way in the world. However, nine years ago Hannah, recommitted herself back to the faith of her youth and along with a new commitment and a new desire to fulfil  God’s purpose in her life, she has embarked on a recording career releasing,  ‘My Desire’ the result of her new outlook on life.

“My Desire” is a collection of songs about my life journey-the joy and the pain – showing how God is able to change the years of disappointment and fear and bring joy to anyone if only we would trust Him. It’s my prayer that this EP moves people to take a closer walk with the Lord and that he provides the strength, inspiration, and motivation to maintain a closer relationship with Him.”
For more information contact

*  You can buy a copy of My Desire at www.hannahkamaramusic.com

*  Hannah  attends Jesus House in Brent Cross, north London and is part of the worship team.

*  Hannah has sung at events in Germany, America and across the UK.

RABAT, Morocco, August 10, 2017/ — This year 2017, the theme of the African Union Decentralization Day celebrated today 10 August is “Youth Participation”. At the Local Government and UCLG Africa (www.AfriqueLocale.org) levels, we translate this as “Investing in Youth”. It seems we are stating the obvious. According to the US Census Bureau in 2010, 63% of the Africa’s overall population was below the age of 25. The average age of the African population is 19. We are talking of over 300 million people that will become 500 million in less than 20 years from now.

A threat or an opportunity?

A threat if one considers that Africa has the worst schooling outcomes in the world with 51 % out of school in the age group of 6 to 14 years. This translates into the emergence of the phenomenon of “Street Children” in African Cities where more and more children and young people are homeless and live and sleep in the streets.

In Sub-Saharan Africa according to ILO, 3 in 5 of the unemployed are youth, and 72% of the youth population live with less than $2 a day. In addition, 10 to 12 million young people join the labour market each year, adding year in year out to the African working poor.

The African Union has declared 2009-2018 “the African Youth Decade”, but the young people in Africa do not have any real taste of the implementation of this political declaration. The persistence of conflicts and wars on the continent continues to fuel uncertainty for the resolve of African leaders to strive and propose a better life for the youth and future generations, not to mention all the adverse decisions around youth due to poor governance on the continent. 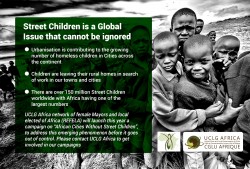 For sure there is no quick fix for the youth situation and the unemployment boom, but the reality is that more and more young people in Africa are losing hope of having any future on the continent. Hence, their despair and struggle to find a better life out of the continent, taking incredible risks to try and cross the Mediterranean sea at the expense of their own lives.

Is the situation definitively desperate? Of course not. Even if there remain a lot of concerns.

The first piece of good news is that Africa represents over 30 % of the world’s youth population. Africa is the youngest continent in the world: 21% of the 1.2 billion people on the continent are between 15 and 24 years old, whereas 42 % are less than 15 years old. In the next 20 years, Africa has the opportunity to benefit from a “demographic dividend” where there will be a large workforce supporting fewer children and the elderly, lowering the dependency burden and freeing up resources for development and the improvement of productivity. There are good reasons to hope that educational efforts can yield results in terms of a better quality and skilled workforce. In that sense, the youth should be considered as the key and unique player for the economic and social structural transformation of Africa. They are the energy and creativity of the future. That is where Africa’s renewal and renaissance will come from.

The second piece of good news is the determination of young people on the continent to take control of their own lives, creating their own jobs in the popular economy, investing in the tech- economy by adapting new technology’s to fit the reality and economic context of Africa.

But this good news still remains fragile. To transform this emerging potential into capabilities with effective scale-up and implementation on the ground, there needs to be a drastic transformation in the way African societies consider youth participation? It takes affirmative action to create an enabling and conducive environment for youth participation in society; and local governments should be at the forefront of this endeavor.

One of the remarkable initiatives in that regard is the proposal from the UCLG Africa network of female Mayors and local elected women of Africa (REFELA) to launch a campaign this year on “African Cities Without Street Children”, to address this emerging phenomenon before it goes out of control. All African local governments are invited to take part in this initiative.

Local governments should also be proactive in opening up new opportunities for youth by:

But for local governments to be in a proactive position, they themselves need to be empowered by their national governments. It is striking that despite the strong political will expressed by the Heads of State and Government of the African Union, that adopted the African Charter on Values and Principles of Decentralization, Local Governance and Local Development at their Conference in June 2014 in Malabo, Equatorial Guinea, where only 11 AU members signed it, and only 2 have ratified it. Not to mention the situation where local elections are not organized regularly or in a timely way that allows people to democratically choose their local leaders; and even worse, where elected officials are being replaced by appointed ones to manage local governments.

This is a clear demonstration that celebrating a Decentralization Day has no meaning, if the African Union members cannot honour even commitments made by their Heads of State and Government. Always remember this Egyptian wisdom: “The heart of the matter is not about speculating around the action, but to act”.